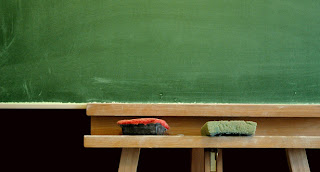 The Wake County Board of Education has been the subject of intense scrutiny in recent years as it debates issues related to diversity and “neighborhood schools,” and voters are preparing for board elections October 11. But researchers from NC State have found that the issues are more complex than media outlets have made them appear. This is a guest post by those researchers, Dr. Toby Parcel, professor of sociology, and Dr. Andy Taylor, professor of political science.

— editor, The Abstract, an online publication at NC State University

Media coverage of Wake County’s assignment policy has been intense since the last school board election in October 2009. During that time, the county’s long-standing diversity policy has been discarded in favor of a yet-to-be-announced policy that will give more weight to parental choice and neighborhood location. One superintendent has resigned over the issue and another has been hired specifically to formulate a new policy.  More money is being raised to fund the candidates’ campaigns this year than has ever been raised for a Wake County School Board election before. Everyone agrees there is much at stake, and that the education of our children is critical to the progress of our community.

Much of the local discussion has centered on whether parents, citizens and candidates favor “diversity” or “neighborhood schools.” These two possibilities have typically been framed as polar opposites. The stark contrast clarifies the issue nicely and gives its politics a tribal quality: people favor either one or the other as a basis for assigning children to schools. There is little room for subtlety or compromise.

Since October 2010, we have been studying attitudes about Wake County schools and the policies that govern them. We have interviewed current and former school board members, community leaders on both sides of the assignment issue, and members of the business community. We have conducted focus groups where citizens explain their varying views and react to one another’s opinions. We have also conducted a survey of a representative sample of over 1,700 Wake County adults in an effort to obtain more detailed information on attitudes towards school assignments, and to gather demographic and other data that might explain why people see these issues the way they do.

Our research shows that the values surrounding school assignments are more complex than they first appear. For example, in addition to having opinions regarding whether diversity or neighborhood schools is the best principle to shape children’s assignments, citizens are concerned with three other things. First, they worry that reassignments for children create challenges for both parents and the children themselves. Second, they worry that reassignments are a threat both to children’s friendships and their learning. Third, they dislike the uncertainty that has been associated with the sometimes lengthy processes through which reassignments have been discussed and eventually decided. These findings suggest that concerns regarding reassignments go well beyond the simplistic notion of favoring a global policy of either “diversity” or “neighborhood schools.”

In addition, we have found that the diversity and neighborhood schools policies are not considered poles of the same single dimension. Our findings suggest that many people prefer neighborhood schools. At the same time, a sizeable subset of these people believe that children learn best when they are in schools and classrooms that are socio-economically and/or racially diverse. Although there is a tendency for those who favor diversity to be less supportive of neighborhood schools, and vice versa, this is not a particularly strong relationship. In short, many people support both concepts – and might even argue that any board assignment policy can and should reflect this.

In the months ahead we will provide additional detail to our findings including who is most likely to favor certain school assignment policies over others. In addition, we will be discussing the kinds of citizens who are most concerned about the challenges and uncertainties of reassignment.

In the meantime, we believe that debates regarding policies guiding student assignments in our public schools should take into account that citizens’ sentiments are more complex than they may have appeared. For the longer term, policies that acknowledge the complexity of these sentiments stand a better chance of enduring as our county faces the important challenge of educating children in the 21st century.